Police pursuit in Kansas ends in fatal shooting in Missouri 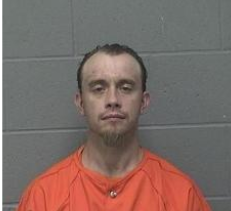 Jeremy Pelican photo from a previous arrest in Crawford County

BARTON COUNTY, Mo. – The Kansas Bureau of Investigation (KBI) and the Missouri State Highway Patrol (MSHP) Division of Drug and Crime Control are investigating an officer involved shooting which occurred following a police pursuit that began in Pittsburg, Kan., according to a media release from the KBI.

Preliminary information indicates that at approximately midnight on Friday, Nov. 29, an officer from the Pittsburg Police Department attempted to make a traffic stop near Quincy St. and Broadway St. in Pittsburg on a 2007 Toyota Camry. The officer initiated the car stop because the tag came back registered to a different vehicle. When the vehicle’s driver failed to stop, a police pursuit ensued.

The fleeing vehicle became disabled near the intersection of E. 540th Ave. and S. 270th St., along the Kansas and Missouri state line. The driver then exited his vehicle carrying a shotgun and ran east into a field. The officer pursued the suspect on foot into Barton County, Mo. where a shooting occurred and the suspect was struck.

The subject, later identified as 34-year-old Jeremy Pelican of Pittsburg, was transported to Ascension Via Christi Hospital in Pittsburg where he died of his injuries. No law enforcement officers were injured during the incident.

The MSHP will lead the officer involved shooting investigation as the shooting occurred in their jurisdiction. The investigation is ongoing. No further information will be released at this time.