OMAHA, Neb. (AP) — A group of Power Five coaches led by Michigan's Erik Bakich is proposing a later start to the college baseball season. They say it would trim expenses in the post-coronavirus era, make the game more fan friendly and reduce the risk of injury to players. Under the 35-page proposal, there would be nine weeks of preseason practice instead of five, the regular season would run from the third week of March to the third week of June and the College World Series would wrap up the last week of July. Bakich said the move would increase revenue.

LEAWOOD, Kan. (AP) — For the first time in nearly two decades, the Super Bowl champion Chiefs will have a new punter. Identifying who that will be in the midst of a pandemic is no easy task. The Chiefs have signed Tyler Newsome and undrafted rookie Tommy Townsend to compete for the job. But with healthy players barred from the practice facility, the organization is relying on videos of their private workouts to keep tabs on the race for the job.

Update on the latest sports

UNDATED (AP) — Jerry Sloan was a tenacious shooting guard before becoming one of the winningest coaches in NBA history.

Sloan was an All-Star for the Chicago Bulls in 1967 and '69. An outstanding rebounder at 6-foot-5, he averaged 14 points and 7.4 boards in an 11-year career spent almost exclusively with the Bulls.

But it was his coaching ability that put him in the Basketball Hall of Fame in 2009. Sloan coached the Jazz for 23 seasons, guiding them to the NBA Finals in 1997 and '98 before losing to Chicago each time. He currently ranks four on the NBA all-time list with 1,221 victories.

Jets get Flacco to back up Darnold

Flacco has signed a one-year deal to serve as Sam Darnold's backup, giving the Jets a veteran presence under center. Flacco led Baltimore to a Super Bowl victory following the 2012 season and spent 11 years with the Ravens before playing for Denver in 2019.

He started eight games for the Broncos, completing 65.3 percent of his passes for 1,822 yards, six touchdowns and five interceptions before a neck injury caused him to miss the last two months of the season.

He was waived by Denver in March with a failed physical designation but is expected to be fully recovered in time for training camp in the summer.

In other NFL news:

— The Seahawks have signed running back Carlos Hyde to a one-year package. Hyde is coming off his best NFL season, rushing for 1,070 yards and six touchdowns for the Texans. The six-year veteran has had three seasons of at least 900 yards rushing.

— Packers defensive lineman Montravius Adams was arrested in Georgia this week and charged with marijuana and driving offenses. He was stopped Tuesday on suspicion of driving with a suspended registration and no insurance, according to a Houston County Sheriff's Office report. It was not immediately clear why police had such suspicions.

UNDATED (AP) — The NHL Players' Association's executive committee authorized moving forward in talks with the league on returning to play from the coronavirus suspension, approving 24 teams making the playoffs with other aspects still to be negotiated

The NHLPA did not provide a breakdown of the vote of its 31 player representatives in making the announcement Friday night, a day after the proposal was presented to the union's executive board. In giving the format the green light, the NHLPA stressed several details still need to be negotiated before games can begin.

Under the plan proposed by the NHL/NHLPA Return To Play committee, the top four teams in each conference would play each other in a mini-tournament for seeding. The remaining 16 teams face off in a best-of-five series play-in round to set the final 16 to compete for the Stanley Cup.

The proposal will now go to the NHL board of governors, which is expected to approve the plan in the next few days. Once approved, the proposal effectively ends the season of the league's bottom seven teams.

Items still unresolved include potential game locations, when players can return to their respective teams and what non-playoff teams will be allowed to do during what could potentially become a 10-month break between games. While NHL Deputy Commissioner Bill Daly said the league has a plan in place, he stopped short of providing details by saying it would be premature to do so at this time.

UNDATED (AP) — Georgetown basketball coach Patrick Ewing has tested positive for COVID-19 and is being treated at a hospital.

The Hall of Fame player and former Knicks center says the virus is serious and should not be taken lightly, adding that he wanted to encourage everyone to stay safe and take care of themselves and their loved ones. Ewing also thanked the healthcare workers and everyone on the front lines

The school said the 57-year-old Ewing is the only member of its men's program who has contracted the coronavirus.

In other developments related to the coronavirus pandemic:

—The Southeastern Conference is allowing voluntary athletic activities to occur on each of its campuses starting June 8, at the discretion of each university. SEC officials noted the workouts would take place "under strict supervision of designated university personnel and safety guidelines developed by each institution." The SEC had suspended all athletic activities through May 31 due to the pandemic. College football national champion LSU announced it will resume voluntary workouts for players on June 8 in accordance with the decision.

— The Arizona Diamondbacks have started individual workouts as baseball begins a measured return to play from the coronavirus pandemic. A small number of players worked out at Chase Field in downtown Phoenix and Salt River Fields, their spring training facility about 20 miles away in Scottsdale. The players were separated as much as possible to follow league-mandated guidelines, and the workouts were cleared by Major League Baseball.

—Texas Gov. Greg Abbott says he thinks college football will return on schedule with some level of fans in the stands. Abbott has already issued new rules to allow youth sports leagues to resume in June and for some professional leagues to hold events without spectators. But the state rules have so far not touched college sports.

— The Big Sky Conference will reduce conference schedules in men's and women's basketball from 20 to 16 games. The decision by the conference's President's Council will be a one-year adjustment to help members cut expenses during the pandemic and have more flexibility in nonconference scheduling.

—A group of Power Five baseball coaches led by Michigan's Erik Bakich is proposing a later start to the 2022 season. Under the proposal, there would be nine weeks of preseason practice instead of five, the regular season would run from the third week of March to the third week of June and the College World Series would wrap up the last week of July.

—The Pittsburgh Steelers are holding back a portion of their ticket inventory for the 2020 season to be ready in case social distancing measures are required in stadiums this fall. Individual single game tickets went on sale Friday. Team spokesman Burt Lauten says the club withheld 50% of the allotment as a "proactive" measure should the NFL use social distancing guidelines.

— Watford manager Nigel Pearson says two more of his players are in self-isolation after family members tested positive for the coronavirus. The unnamed pair join Watford defender Adrian Mariappa and two staff who went into isolation this week after they tested positive in the English Premier League's first round of testing. Pearson said the team's two new cases came from people they had contact with testing positive for COVID-19, even though the players' own tests were negative.

ACCOKEEK, Md. (AP) — A high school football player designated as a star recruit for colleges by ESPN is accused of trying to kill his ex-girlfriend's boyfriend.

Luke Hill faces charges including attempted first-degree murder after allegedly firing gunshots that struck a home in Accokeek, Maryland, on Monday night. That's according to charging documents obtained by The Washington Post.

Hill is a defensive back who graduated from St. Frances Academy in Baltimore after withdrawing from St. John's College High during his junior year. He had committed to play at the University of Oregon, but Coach Mario Cristobal told The Oregonian that he was cut from their program this spring.

Anderson took the job before the start of the 2014 season. He has led the Red Wolves to a pair of Sun Belt Conference titles and six consecutive bowl appearances. He is one of just two active Group of Five head coaches to lead their programs to at least two conference championships and six bowl games since 2014.

The son of former NBA player Thurl Bailey had entered his name into consideration for the NBA draft in April but still had the option of returning to school. Bailey and Marquette coach Steve Wojciechowski announced Friday that Bailey was indeed moving forward with his pro career.

Loughlin, Giannulli plead in college scam, but fate is hazy

UNDATED (AP) — "Full House" star Lori Loughlin and her fashion designer husband, Mossimo Giannulli, have pleaded guilty to paying half a million dollars to get their two daughters into the University of Southern California as part of a college admissions bribery scheme.

Under their proposed deals, Loughlin hopes to spend two months in prison and Giannulli is seeking to serve five months. But the judge said he will decide whether to accept the deals after considering the presentencing report, a document that contains background on defendants and helps guide sentencing decisions.

Forbes.com says Osaka is the top-earning female athlete, ending Williams' four-year run atop the list. Forbes says the 22-year-old Osaka earned $37.4 million over the past 12 months from endorsements and prize money, eclipsing Williams in that span.

Forbes said Osaka's total is a one-year record for a female athlete, topping the previous mark of 29.7 million set by Maria Sharapova in 2015. 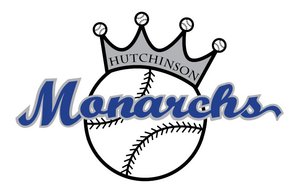 2020 Hutch Monarch Baseball game of the week coming to Hutchpost.com

HUTCHINSON, Kan. - Hutchinson Monarch Baseball and Hutchpost.com Sports will be teaming up together for the 2nd consecutive season to bring Monarch baseball to it's fans in a digital format this summer with the Monarch Baseball "game of the week" beginning in mid-June. Egbert Liquor will be the naming rights sponsor for the Egbert Liquor game of the week broadcast booth.

With the Covid-19 virus putting a stop to everything, owners Marc and Kim Blackim received good news last week and announced that this years season is still alive, although shortened a bit.  More information will come out soon regarding schedules and playoffs in the Sunflower College League that the Monarchs are part of.