Baldetti reported that as of Tuesday there are still two presumptive positive cases in the county. He said that 50 tests are currently out with about half coming back negative. Baldetti noted that those numbers will change as the number of people who were around exposed patients are starting to show symptoms.

As far as the two patients go, the first patient who is a woman over the age of 60 is still at home and is still doing well. Baldetti noted that this person contracted the virus in Israel. Her contact history is extensive with Baldetti noting that it is over 40 persons. Baldetti says those contacts are being asked to self-quarantine.   The second patient who is a male over 40 is in intensive care at Hutchinson Regional Medical Center but is in stable condition.

Baldetti stated that they are working to find a good balance between keeping people safe and keeping businesses open and people working. Commissioner Ron Sellers said that he has heard from many businesses that they want to stay open. Sellers offered to the public that they re-intensify their self distancing efforts and take it upon themselves to adhere to gathering regulations.

Baldetti said that if the county works together they can get through this and if they act as individuals the county as a whole will fail. Baldetti says that for the most part people are self-isolating as asked. He said there are a small number of individuals who aren't. District Attorney Keith Schroeder is working on language that would allow the county health department to force quarantine an individual who refuses to adhere to requests to go into quarantine.

Sellers asked County Counselor Joe O'Sullivan to draw up language regarding a stay at home ordinance. 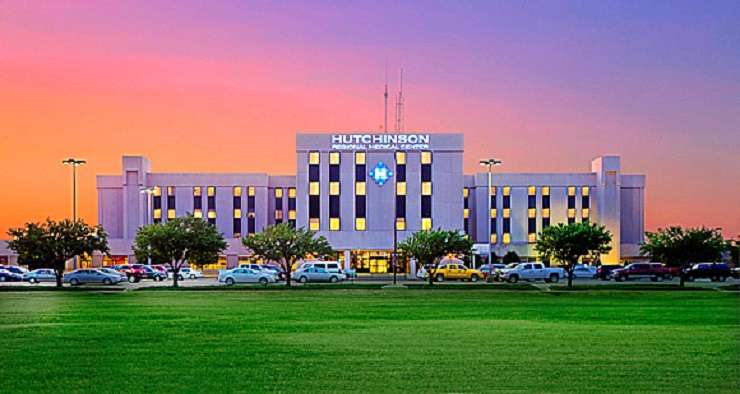 HUTCHINSON, Kan. — Hutchinson Regional Medical Center is closely monitoring its usage of Personal Protective Equipment for its staff in light of the need for it should COVID-19 cases present at the hospital.

"We're watching that daily," said Chuck Welch, VP and Chief Business Development Officer for Hutchinson Regional Healthcare System. "As a nation and especially as Hutchinson Regional, if we continue on this burn rate, we will have a shortage in the near future. The amazing thing that I have seen as a community are the people that have come together. We've had people donating masks. We are working together as a community. We have representatives from every single member of every care provision center in Hutchinson. We meet on a call once a week. We talk about supplies, who needs what and we try to do the best we can to keep those dispersed."

Welch said there is one hopeful sign regarding such equipment and its availability locally.

"We've had local vendors reach out to us and say, hey, I can make those," Welch said. "I have the materials and the workers and the machinery to help make those. Even though we're going to, like the rest of the country, possibly run into shortages, we have a community that has really banded together to fill the gaps."

The biggest point Welch stressed is unless you need to be hospitalized, the best care you can get may be at home.

They're basically only testing to know whether or not patients need to be put in isolation.