Cancellations and delays for Thursday

Central Christian School-Closed through Monday due to illness. Will reopen Tuesday, February 18. 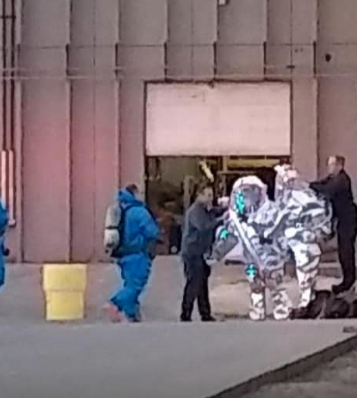 Fire crews in McPherson were prepared for hazmat situation

MCPHERSON, Kan. — Fire crews in McPherson were more than prepared when they responded to a hazardous materials situation at Chemstar 503 West Hayes Street in the middle of McPherson late Tuesday afternoon.

While McPherson police officers were placed on standby, the highly trained fire crews carefully worked with a barrel of toxic, very flammable liquid that had arrived with a small hole, according to Fire Chief T.J. Wyssmann.  This liquid, used in the manufacture of oil drilling mud, can be fatal if absorbed through the skin.

There were no vapors and no  lives in danger, so fire crews did not have to hurry.  After approximately an hour, the fire crews had turned the barrel upside down and were able to contain the liquid. There were no injuries.

McPherson Fire Department crews go through complete Hazmat training in an effort to support several industries in town that may need this expertise, according to Wyssmann.