BUHLER, Kan. — The Buhler USD 313 School Board gave approval to a resolution that will allow the district to extend its local option budget (LOB) authority to the state limit of 33% during Monday’s meeting.

USD 313 recently refinanced some bonds with savings over the lifetime of the bonds of just over $2 million. Because of these savings, there is an opportunity to lower the mill levy in the bond and interest fund. Because of the lower mill levy in bond and interest, there is a possibility of raising the local option budget or supplemental general fund with essentially a zero net increase to the overall mill levy.

The enrollment figure the district will be using in the next budget cycle is 41 fewer students than was used for 2019 and 2020. The increase in the LOB authority will allow the district to keep its current budget level. The district wanted to stress that just because it has the authority to go to the 33% limit doesn’t mean it will go that high.

There is a protest period of 40 days before full adoption of the resolution. 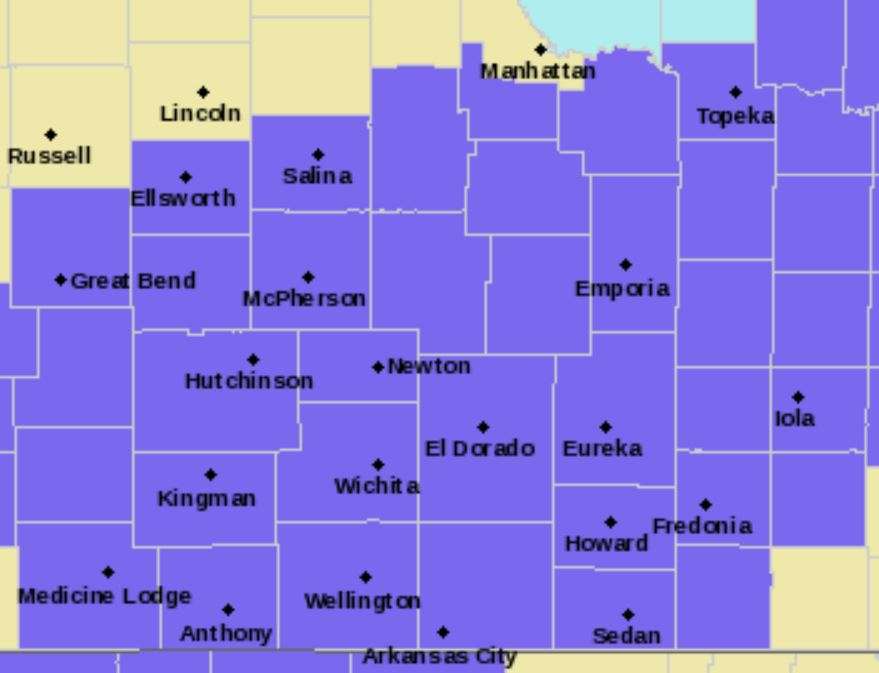 WICHITA, Kan. — A mix of rain and snow will make a difference in portions of central Kansas through Wednesday evening.

According to the Winter Weather Advisory message from the National Weather Service, a mix of rain and wet snow is expected with accumulations of  1 to 2 inches, with isolated 3 inch amounts and a possible flash freeze of any remaining moisture Wednesday night.

Plan on slippery road conditions especially on untreated surfaces. The hazardous conditions could impact the morning or evening commute. There will be a refreeze on wet and slushy roads tonight, possibly impacting the Thursday morning commute, as well.