SOUTH HUTCHINSON, Kan. — Two people were arrested over the weekend in connection with what the public reported as a series of explosions around the area over the past week or so.

South Hutchinson Police Chief Dean Harcrow says 18-year-old Tyler Bryce Bontrager of rural Reno County and 18-year-old Andrew A. Hoffman of South Hutchinson were booked into the county jail on charges of criminal use of explosives. Both men are free on bond. The two teens were stopped at State Street and Poplar by South Hutchinson police about 11 p.m. Saturday after the department received several tips about the two.

A search of the vehicle turned up a bag full of explosive devices, as well as other components that were unassembled. Police blocked off a two-block radius around the stop and evacuated homes within a half-block of the truck for several hours.

Harcrow says the two teens and their parents were being very cooperative. The explosives may be connected to the series of small explosions around the area over the past week or two.

Harcrow says the sheriff's department, Hutchinson police and the Bureau of Alcohol, Tobacco, Firearms and Explosives are also helping in the investigation. 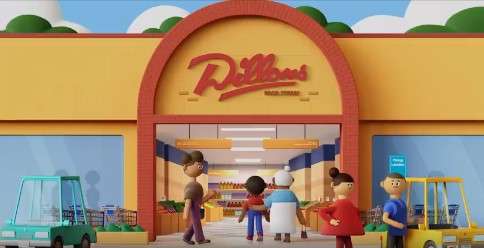 Plastic bags could still be around awhile at Dillons

HUTCHINSON, Kan. — While the city of Wichita has taken the first steps to possibly banning plastic bags, Dillons has stayed the course in its plans to eliminate the plastic from stores.

According to a release from spokesperson Sheila Lowrie, Dillons continues to work toward its goal to phase out single-use plastic bags by 2025 as part of the Zero Hunger | Zero Waste initiative.

At this time, Lowrie says there are not any new updates to share regarding the specific timeline for when plastic bags will be completely phased out from local Dillons locations.

Lowrie says there are a couple of factors at play here with the length of time because the transition is a huge step. It will also change how support companies produce and distribute paper and reusable bags.

Lowrie says people are getting into the habit of recycling the plastic bags, which increased by 2.2% throughout Dillons stores. Dillons continues the push to get customers to use reusable bags.