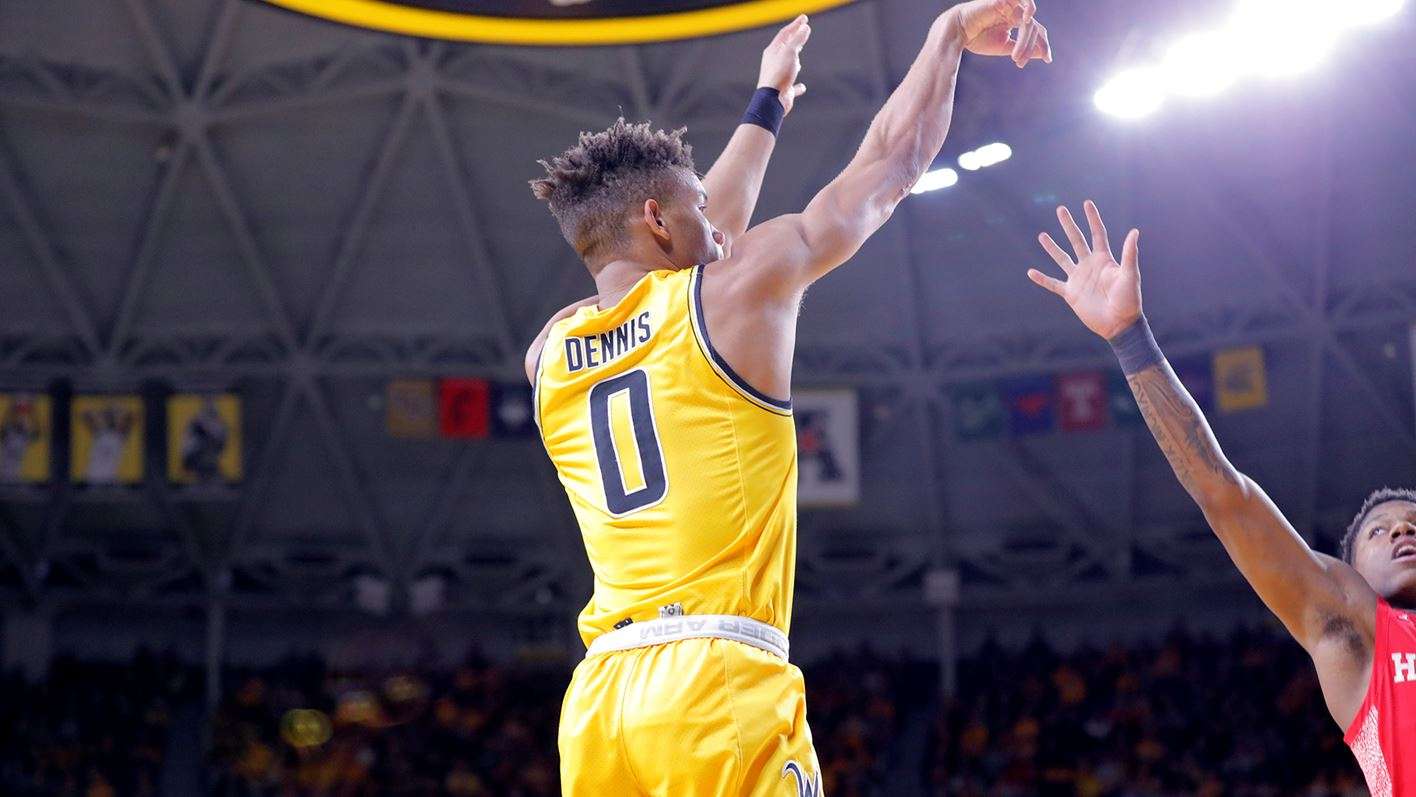 HOUSTON , Texas– Not much went right for Wichita State in a 76-43 loss at No. 25/25 Houston on Sunday afternoon at the Fertitta Center.

Dexter Dennis scored 10 points and collected six rebounds for the Shockers (17-6, 5-5 American) who suffered their most-lopsided defeat (33 points) since 2003.

Quentin Grimes scored 14 points to lead a group of five double-digit scorers for Houston (19-5, 9-2), which took over sole possession of first-place after losses by co-leaders Tulsa and Cincinnati earlier in the day.

Wichita State missed 17 of its first 21 shots. Houston capitalized with runs of 16-2 and 9-0 to build a 38-18 halftime lead. It was the Shockers first 20-point halftime deficit in more than a dozen years.

The Shockers committed just two more turnovers in the second half but never found their shooting touch.

WSU made just two three-point field goals on 24 attempts and finished the game at 26.4 percent from the field.

Houston – which entered the day ranked second nationally in rebound margin – won the battle of the boards 44-30. The hosts shot an even 50 percent from the field.

The loss was WSU's fifth in seven games on the heels of a 15-1 start.

Houston won its fifth-straight in the series and narrowed the Shockers' all-time lead to 17-14. WSU is 3-10 all-time in Houston (0-2 at the Fertitta Center).

WSU ends the weekend alone in sixth-place in the AAC race – a game back of SMU and Memphis, which are both 6-4.