Man suspected in death of Hutchinson man whose body is missing

SEDGWICK COUNTY —Law enforcement authorities are investigating a murder, have made an arrest and continue the search for the victim's body.

Just after noon on December 29, a 58-year-old man reported to police that 53-year-old Jeffrey Hill had been involved a criminal homicide in the 2100 Block of South Water in Wichita, according to police captain Brent Allred.

The victim had taken to an unknown location outside of Wichita and buried.

Police later learned the victim was 50-year-old Jeffry Jones of Hutchison. The examination of evidence and witness interviews led police to arrest Hill after a traffic stop in Wichita on Monday, according to Allred.

When officers stopped the 1999 Chevy Suburban, Hill fled on foot. Officers quickly chased him down. Police also located meth, marijuana and narcotic pills in the SUV.

Police have not located the victim's body, according to Allred.   They are also working to determine a motive for the crime.

Hill has previous convictions for aggravated robbery, burglary, theft, forgery, identity theft, drugs and for trafficking in contraband in a penal institution, according to Allred. 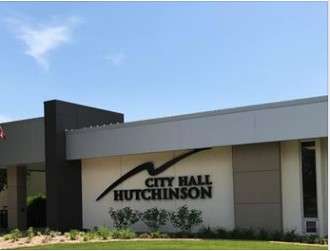 HUTCHINSON, Kan. — The prospect of a new dental office coming to the old Target property is on hold and its future is now uncertain.

Aspen Dental announced it was putting the brakes on the new office, which was part of a replat of the Target property. Aspen would have been one of three street-front buildings along 17th Avenue under the developer’s proposal. But now plans for the site have changed, so Aspen announced it will hold off on any development for now.

“My understanding is the development of the Target has either been delayed or may not be happening or may be going elsewhere,” Planning Director Ryan Hvitlok said. “Aspen Dental realized, I think, that they didn’t want to be the only building in that parking lot. So I think they are kind of in a holding pattern.”

Hvitlok could not elaborate on the development and other plans that could be in place.

The Hutchinson City Council tabled action on the replat request in December, but no reason was given at that time. The planning commission recently dropped the replat and the Aspen proposal from the docket.

“The main reason why we canceled the plat was because, under state law, if it’s not acted upon within 60 days, it becomes active,” Hvitlok said. “So we just kind of pulled it off the docket.”

Property owners Noble Hutchinson, LLC, of Fort Worth, Texas, was behind the development. Where it goes from here is unknown.