HUTCHINSON, Kan. — A political science professor at the University of Kansas notes that it will be hard to tell what impact Bob Dole's endorsement of Roger Marshall in the Republican primary for U.S. Senate in 2020 really has.

"With this particular endorsement, it's useful to think about how much it can move voters, versus what else does it bring in terms of resources or symbolic support," Patrick Miller said. "In terms of how much Bob Dole actually moves voters, it's very hard to say and it's particularly going to be hard to say in this race, because there's very limited polling. It's not like you can look at a string of polls before and after the endorsement and say Bob Dole is worth five points. We're not going to be able to do that."

Dole's previous endorsements in Kansas political races have been hit and miss in terms of picking winners.

"Bob Dole, when he endorses, is viewed as kind of the blessing of the Republican establishment on a certain candidate," Miller said. "Bob Dole is very much seen as an establishment Republican and close to Republicans in the 'establishment', whatever that means. That would be a big thing for Marshall right now. With Mike Pompeo out of the race, Marshall certainly does want to be seen as the leading candidate against Kris Kobach."

It will also be interesting to see if that blessing may help other Republicans reconsider their candidacies at this point.

"If it matters behind the scenes, it's really going to be impossible for us to know out here in the public," Miller said. "I can't think of a race recently where Bob Dole's endorsement has encouraged anyone to drop out. It might impact at the margins in this race. If we think back to the 2018 primary, Kobach, arguably, did get through that primary, very narrowly, because the opposition to him was very divided."

The limited polling there has been shows Kobach as the front-runner, but a lot of Republicans still need to make up their minds and they have plenty of time to do so, as the primary isn't until August. 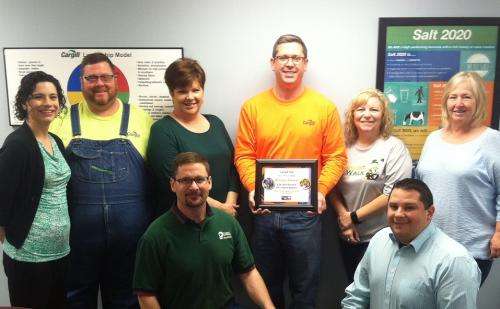 HUTCHINSON, Kan. — The United Way of Reno County is still about $300,000 short of its goal and Lisa Gleason with the United Way is looking for the community's help.

"We are certainly on our last couple weeks of push to make that goal to really help the community," Gleason said.

Even if you've already contributed, Gleason would still like to hear from you.

"If you've given a gift, consider giving a little extra this year," Gleason said. "If you haven't, please stop by our office or give us a call. You can go out to our website. We can make it as easy as possible for you to give. If you want to automatically deduct $5 out of your bank account every month, we can make it easy. We can do that."

There are 25 agencies counting on the United Way of Reno County to make this goal.

"United Way supports agencies all the way from the littlest of people in the Early Ed Center, Boys and Girls Club after school programs to people who are in crisis through Salvation Army and New Beginnings, all the way to the end of life with Hospice House," Gleason said. "We are certainly supporting so many different areas of our community and we do it without charging these agencies a dime."

Gleason wants those agencies to be able to focus on their mission and not as much on fundraising.