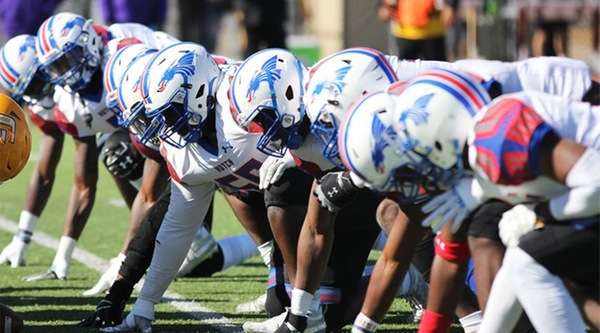 This year's offensive player of the year was transfer sophomore quarterback, Mark Wright out of Douglassville, GA.

Latrell Bankston was named the defensive player of the year. Bankston was on every Division 1 Christmas list, but has signed with Iowa State to continue his football career.

Three players shared the honors for Special Teams player of the year. That honor goes to Tiyon Evans, freshman running back from Hartsville, SC, Mitchel Tinsley, sophomore wide receiver out of Lee's Summit, MO and Jonathan White, sophomore running back from Quitman, GA.

The No. 3 ranked Hutchinson (9-2) will match up against No. 17 Monroe College out of New Rochelle, NY in the 11th annual Salt City Bowl on Saturday, December 7th in Gowans Stadium at 1:00 pm.

The Blue Dragon Sports Network will also stream the game for the NJCAA.