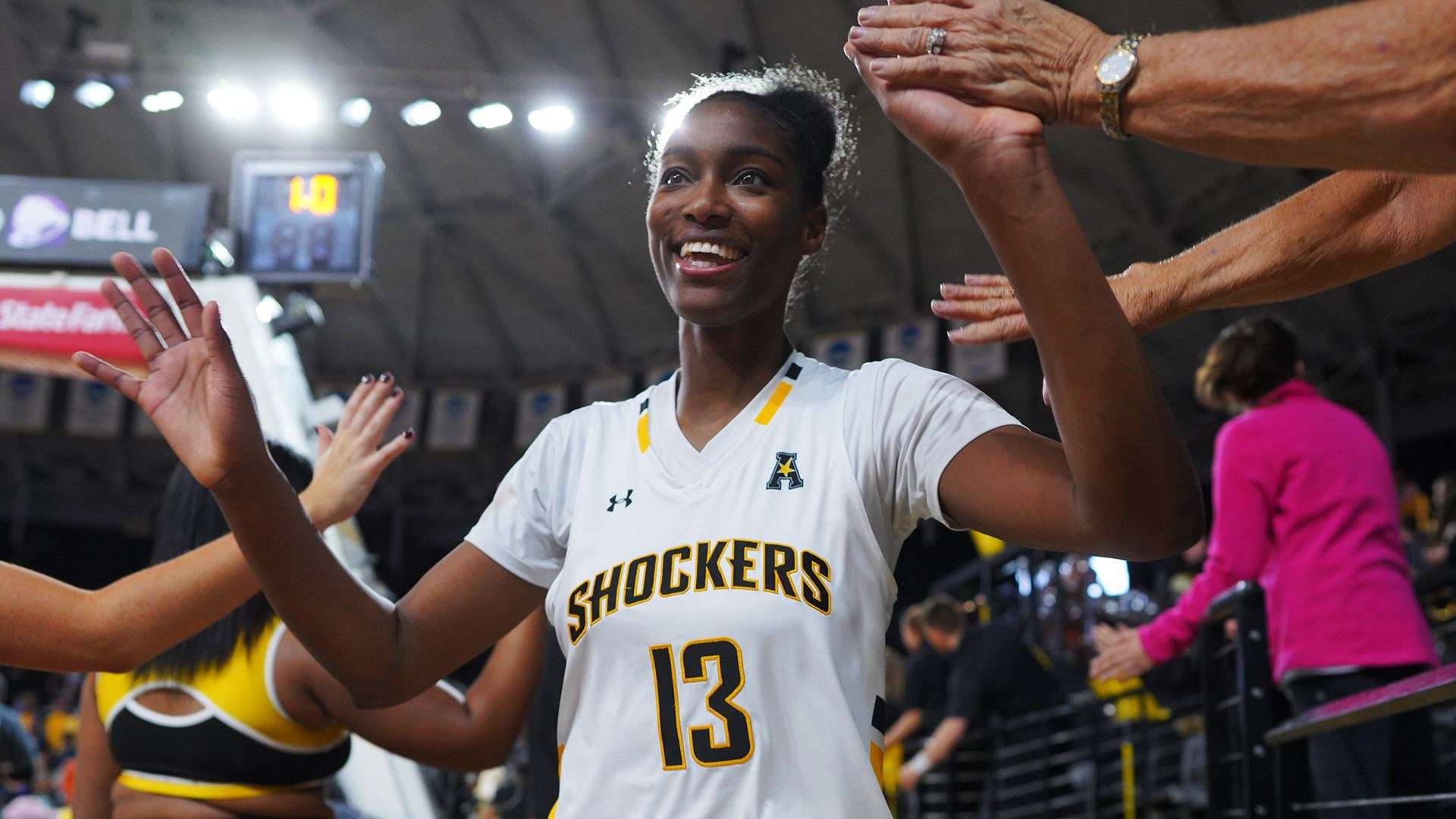 WICHITA, Kan. – Behind 12 three-pointers and four double-figure scorers, Wichita State hung on for a hard-fought 88-83 win over the Oklahoma Sooners Saturday afternoon in Charles Koch Arena.

Wichita State (4-2) ran its winning streak to four in the first meeting with OU since 2013. The 12 made three-pointers were the most since 2016 when Wichita State knocked down 11 vs. Northeastern.

Raven Prince and Seraphine Bastin both scored a team-high 16 points, while Carla Bremaud and DJ McCarty added 15 and 13, respectively. For Prince, the 16 points set a new career best, while also pulling down six of her eight rebounds on the offensive end. Bastin did a little of everything. She added a season-high seven assists and six boards to go with her scoring output. Bremaud had her best shooting display of the season, going 4-of-6 from long range and 5-of-9 overall.

For the game, Wichita State shot 51.7 percent overall and 54.5 percent from deep – a season best.

A fast-paced start saw the Shockers get out to an early 11-9 lead behind nine combined points from McCarty (5) and Bremaud (4). Neither team would score for nearly two minutes before a scoring barrage took place with the two squads trading baskets for the final 2:10.

After 10 minutes Wichita State lead 20-18 behind 54 percent shooting. Both teams would shoot better than 50 percent in the quarter and the largest lead for either team just four.

Wichita State then used a 10-2 run to begin the second quarter to build its largest lead to that point, 30-20, and forcing an Oklahoma timeout. Maya Brewer registered five of the first 10 points courtesy of a three-pointer and steal and score.

Oklahoma snapped the 10-2 run, but WSU immediately responded with another 8-0 spurt behind three-pointers from Bremaud and Mariah McCully following a Bastin floater to make it 38-22 with 4:00 to go in the half.

Just when it looked like the Sooners were going into the locker room with momentum, Bastin's halfcourt heave as time expired put the Shockers back in front by 13, 50-37. Oklahoma had trimmed the lead to nine with 1:40 left after trailing by as many as 16 in the frame.

Bremaud led the attack with nine points, while Bastin and Prince added eight and seven, respectively. Wichita State was able to build its lead behind three-point shooting. The Shockers hit seven of their nine attempts and shot a blistering 66 percent overall in the half.

Taylor Robertson and Madi Williams led all scorers with 11 points apiece for OU. The Sooners committed 11 turnovers and missed seven of their 10 shots from beyond the arc.

Neither team slowed down to start play in the third quarter. Wichita State hit its first four three-pointers, but OU answered basket-for-basket. Midway through the quarter the lead was still double digits until a Taylor Robertson four-point play cut the Shocker lead to 64-55 with 4:12 remaining.

Following the media timeout, Brewer converted a second chance opportunity to extend the lead back to 12. The Shockers would then go the final 3:35 without a score, but OU didn't capitalize on its offensive end either. Oklahoma managed to pull within seven, 67-60, at the end of three quarters.

After the timeout WSU scored five straight to right back up nine with 5:22 on the clock. Three Prince free throws and a McCarty bucket in the paint gave the Shockers some breathing room.

Oklahoma continued to hang around eventually trimming the lead back to three with 2:14 to go. Wichita State looked to have the game sealed, up by seven and only 15 seconds remaining, but OU had other plans.

Robertson received a pass from the right wing and let a deep triple fly. The shot swished through the net, and as the ball was in the air, Prince was whistled for a foul away from the ball to give the Sooners another possession. Immediately off the inbounds, Llanusa banked in a three-pointer to cut the lead to a single point and 8.7 seconds left.